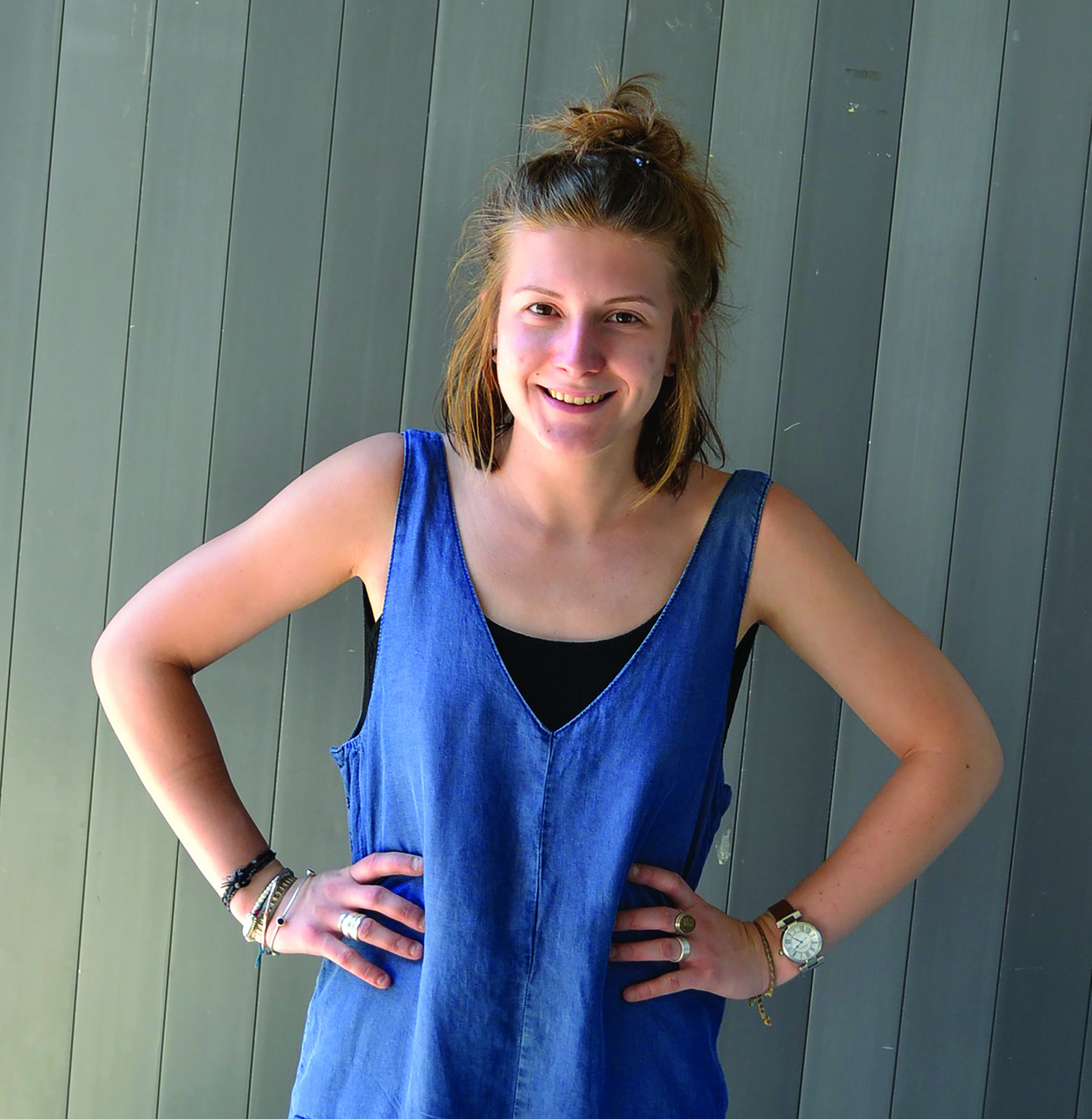 Born in Switzerland in 1996, Julie Desseigne was attracted very young by the artistic field. At the age of fifteen, she was for a year a pre-apprentice at the Centre d’enseignement professionnel de Vevey CEPV. She then entered the School of Ceramics, from which she will graduate in June 2017. Besides ceramics, she is also interested in drawing and painting, which she mixes to her core material: clay. In 2011 and 2012, she participated to a permanent exhibition at the Vallorbe High School, in Switzerland. In 2015, she produced Bonnes Femmes for La Vie est Belle, a shop in Vallorbe. Recently, in 2016, she was part of the exhibition “7 A T” (a wordplay for set à thé, meaning tea set in French), a collective work that was presented by the CEPV at the Bachibouzouk bar in Vevey, Switzerland. She also participated in “C’est du joli!” at the Binôme Studio in Lausanne.

À EmporThé (2016): This teapot and its two nestable cups are of a very pure design. The tray, made of grey plaster, serves both for storage and as a display for service. The convenient use of this teapot comes from its inspiration in the thermos’ form.