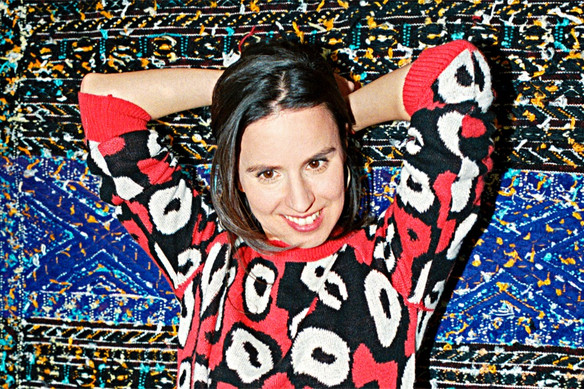 Judging from her body of work, showing influences from India, Mexico, Turkey, China, Morocco, Italy and many other places, you might think that this Swiss textile designer does nothing but travel. Her signature curiosity about people, places and ideas has always led her round the world. So much so that she has stayed in Mexico, done a high school exchange in California, an art residency in New York, lived and worked in Paris, stayed in Madrid for a while, traveled through Turkey, visited Portugal to learn more about ceramics, and been to many other places in between. Home is the Swiss countryside, more precisely, in the former textile manufacturing part of the country. She says that much as she is influenced by the exuberance and colors of exotic far away destinations, the calm and strong morphology of the Swiss landscape – “those magnificent Alps!” – also strongly impacts on her work. After graduating from the University of Lucerne and receiving a Master’s degree from the Istituto Europeo di Design in Madrid, she worked for Swiss haute couture textile manufacturer Jakob Schlaepfer. Since 2010, Caviezel has worked exclusively for textile fashion brand Akris.