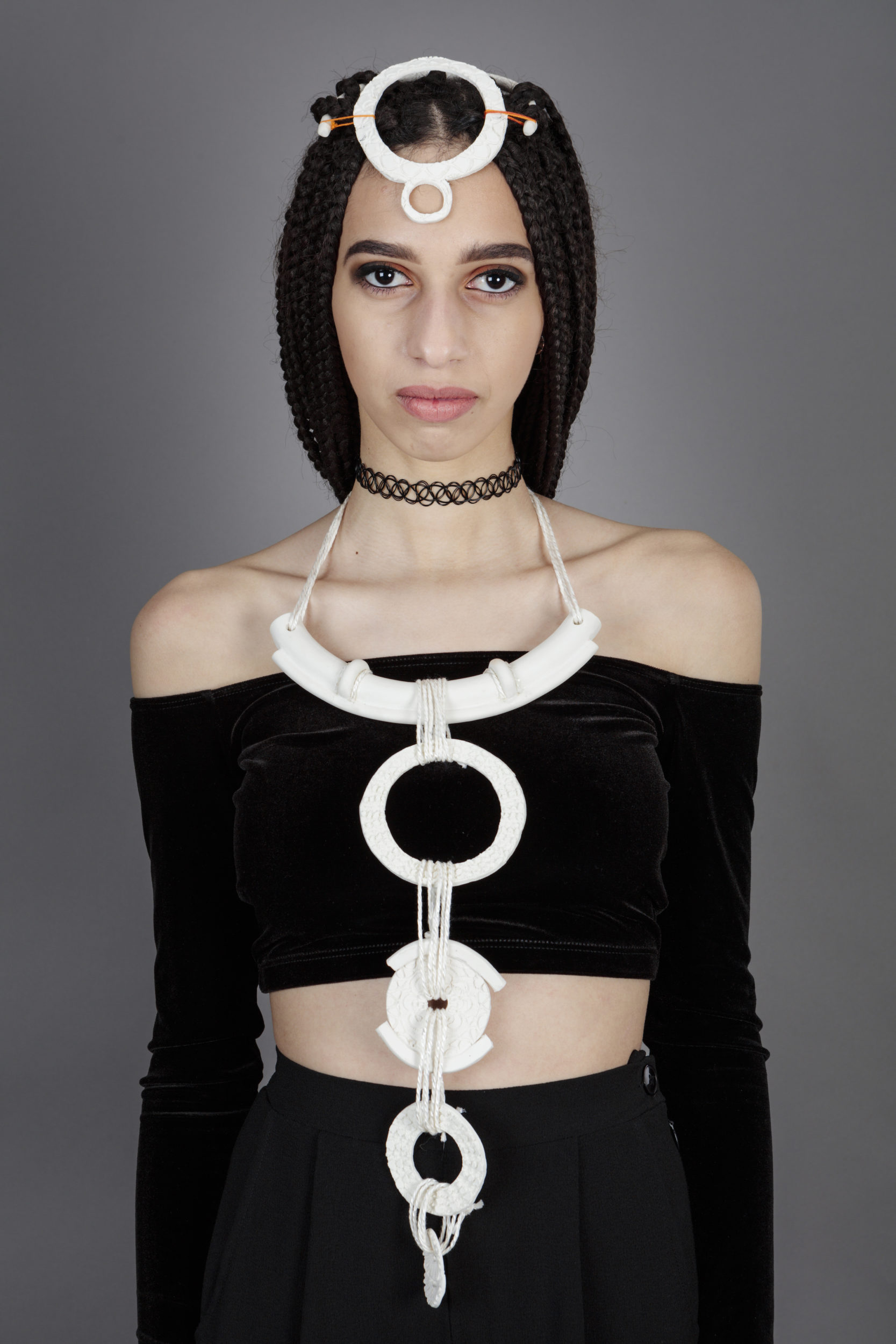 Through its history, the CFPArts carries a respect for the traditions of the arts. The vocational training center Arts, was founded in 1876 under the name of School of industrial. The school has known throughout its history to adapt and to stay in phase with its time. To imagine, to conceive, to create, these are the verbs of action that enable us to present the essential fields of activity of the eight trades to which the CFPArts is preparing, the ceramics of which are now represented here. Project “Parures & Ornements”: Since the dawn of time, in all cultures man has practiced the art of adornment, combining appearance with ceremonial. The attention given to the making of objects, the taste for precious materials, the refinement of the motifs bear witness to a fascination for appearance and a revelation of a particular status and a certain opulence. Generally an ornament is emblematic of a form of social authority but it can also play a protective role against adversity, depending on the materials that constitute it and according to the symbols used. It is then most often carrying vital energy. With this thematic the students of the ceramic section were free to (re)interpret the subject of the adornment and carried out projects as diverse as interesting.